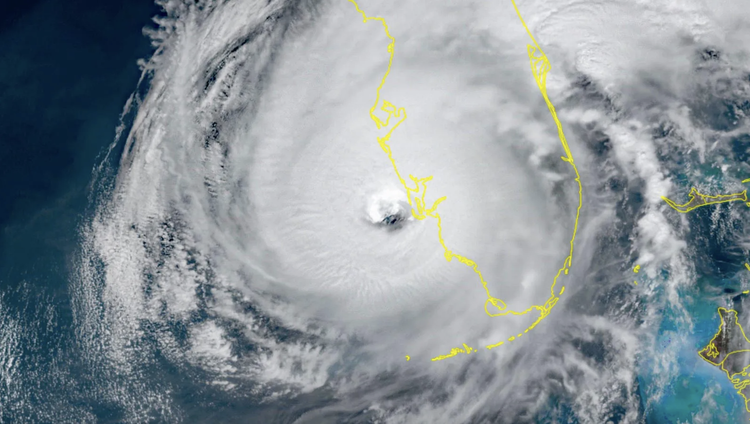 Visible satellite image of Hurricane Ian on Wednesday, September 28, 2022, just as the eastern eyewall of the storm was pushing onshore in the Fort Myers area. (Image credit: RAMMB/CIRA/CSU)

Major Hurricane Ian made landfall as a 150-mph hurricane (CAT4) around 3p the 28th of September in Cape Costa, Florida (near Sanibel Island).   At landfall, Ian was tied for the 5th strongest storm to ever impact the United States.   The devastation was widespread and catastrophic across this region due to the location of the eyewall and enhanced onshore flow and parallel track along and just off the west/southwest coast of Florida.

After landfall, Ian moved steadily and slowly across central Florida, gradually losing strength – but hurricane winds persisted near Orlando with Tropical Storm winds across most of the Florida Peninsula.  Significant to extreme flooding occurred along (and particularly north) of the track causing increased / prolonged damage according to our flood risk modeling.

Monarch’s Global Flood Forecast: On Wednesday morning (9/28), our synoptic flood risk model indicated a Significant to Extreme flood risk in Tampa, Sarasota, Saint Petersburg with a High to Significant flood risk extending northeast into the Orlando metro area for the next 24 hours. Our flood model is risk based, and not meant to indicate the amount of rainfall but rather a specific area's susceptibility to flooding.

The National Hurricane Center (NHC) first warned on Tropical Depression nine on 23 September / 0900z.  TD 9 was located at 13.9 N / 68.6 W.    Initial global models, NOAA Global Forecast System (GFS) and the European Medium Range Weather Forecast (ECMWF) broadly agreed that TD 9 would track westward across the Caribbean Sea and then cross western Cuba (or near western Cuba) and enter the southeastern Gulf of Mexico.  The principal weather models then diverged on the solution longer term with most model solutions tracking the storm off the west coast of Florida and into the Florida Panhandle or further west. Both models increased the hurricane to a CAT 3 or higher within the GOM (with rapid intensification of 35 mph increase within 24 hours) but then weaken the hurricane by landfall in the Florida Panhandle.  Importantly, the track/timing between the GFS/ECMWF was quite large, causing uncertainty.

The National Hurricane Center (NHC) did an excellent job conveying the uncertainty in the model solutions.  NHC did move the official track to the west away from Florida in the longer term forecast  but then followed the model solutions back to the east.  The NHC kept leaning towards the eastern side of the model ensembles.  For the most part, the ECMWF model had a more easterly track and the GFS model that had solutions to the west gradually came into better agreement.  The GFS/ECMWF model solutions moved the hurricane landfall further south along the western coast of Florida from north of Tampa steadily to the south of Tampa to near Fort Myers.

Major Hurricane Ian made landfall somewhat stronger (and earlier) than medium range forecasts indicted and the GFS forecast wind gusts were weaker than observed in most areas.  The track of Ian kept the eyewall along and just inland of the west coast of Florida for a prolonged period – increasing the wind gusts along the immediate coast and increasing the duration of strong wind gusts.

Calibrated wind gusts above were produced using a combination of the knowledge of our team of Meteorologists and Atmospheric Data Scientist’s own interpretations of weather models and recent event observations. 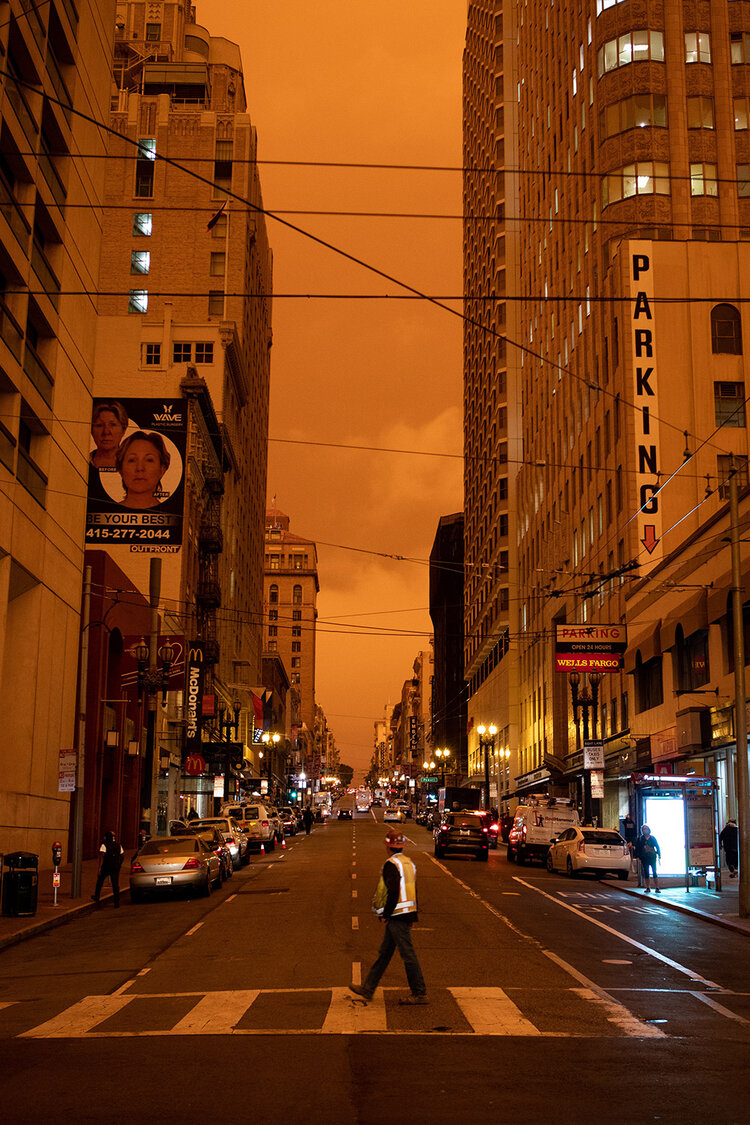 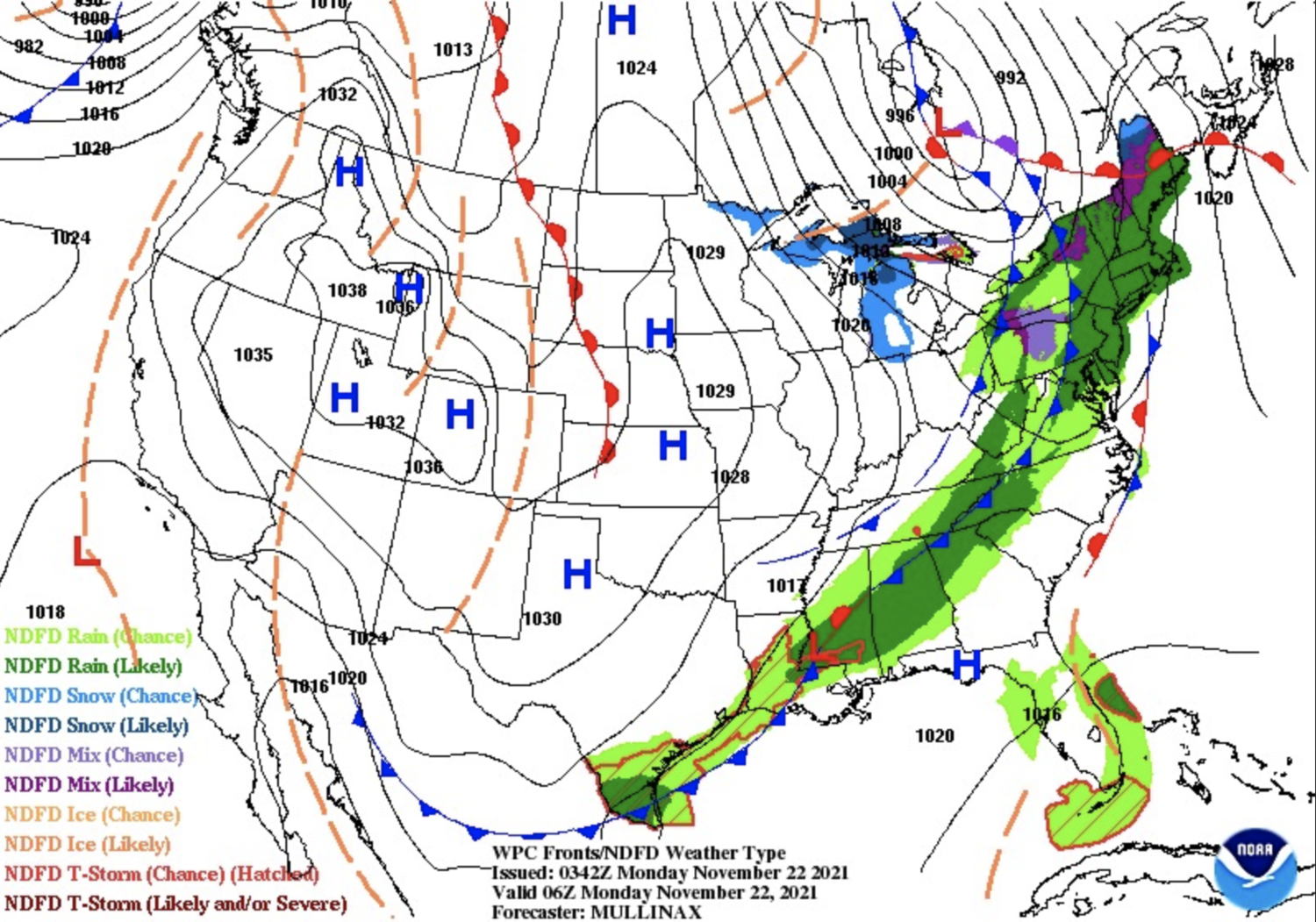